It is said that 2 million tourists flock to Fukuoka for the Dontaku Festival.  I though it was an exaggeration until I saw how crowded the streets of Tenjin had become.  There was not a single Yatai seat available and everyone was holding either a map, guidebook or a Hakata mask.  This year I didn’t arrive early enough to find a good spot to take photos of the Dontaku parade.  I decided to walk around the back streets instead and discovered that many things are happening there as well, including finding the assembly point for the marching bands before heading off to the parade!  Enjoy the photos! 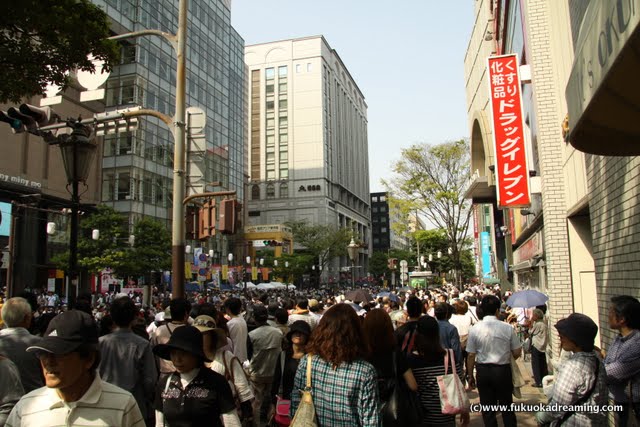 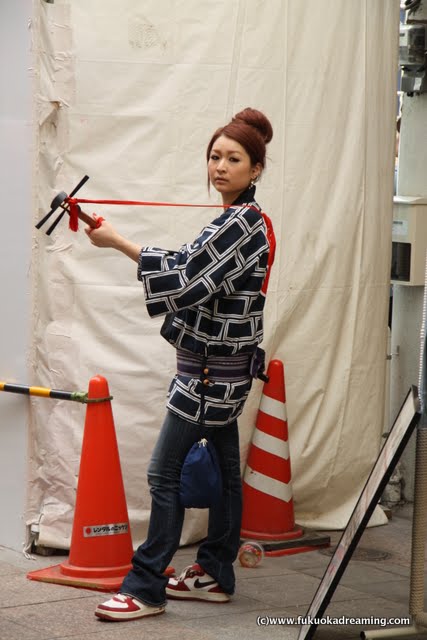 Yet another reminder why Fukuoka is known for its Hakata Bijins 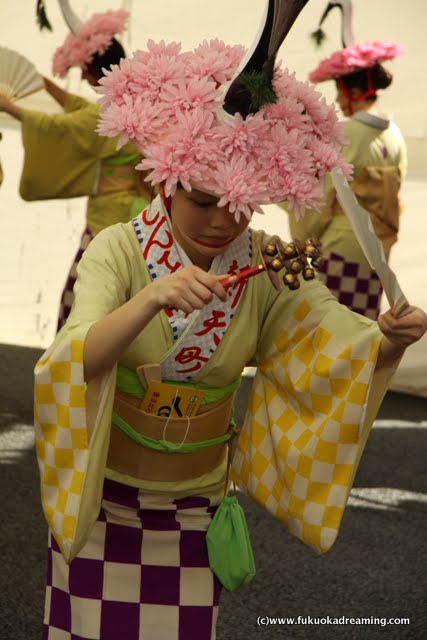 A performance in one of the corners of Shintencho (新天町） 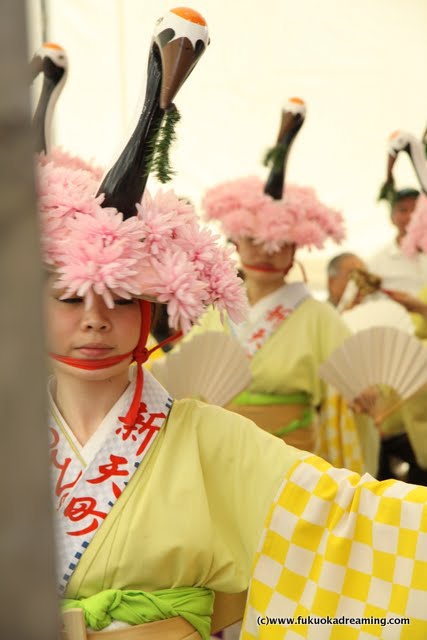 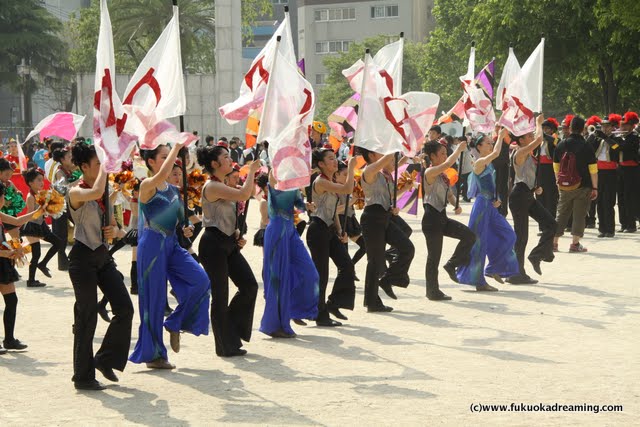 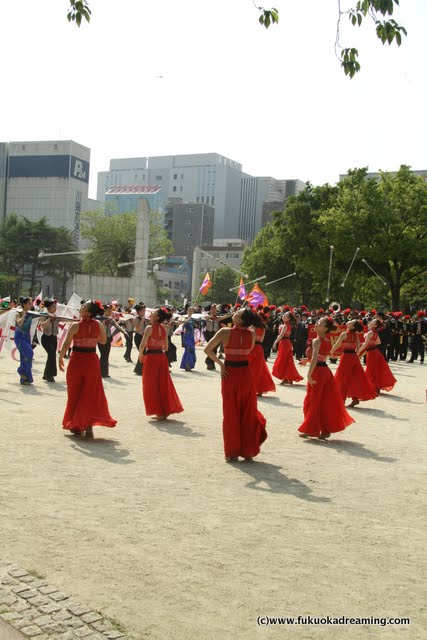 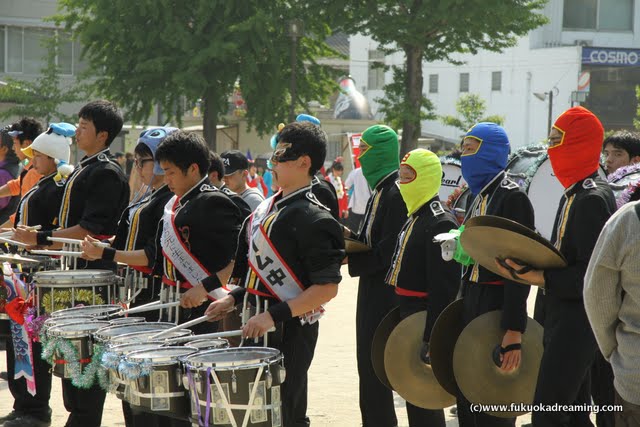 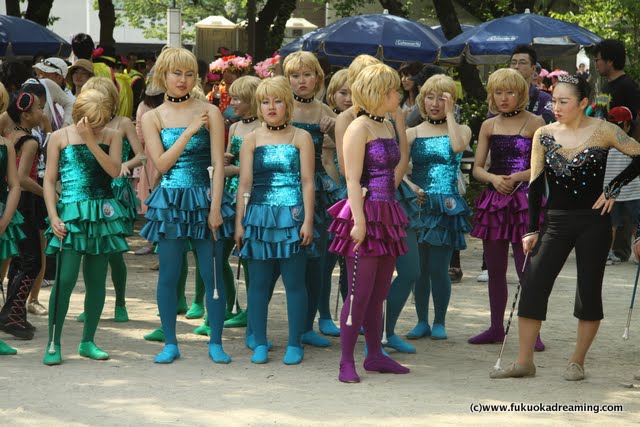 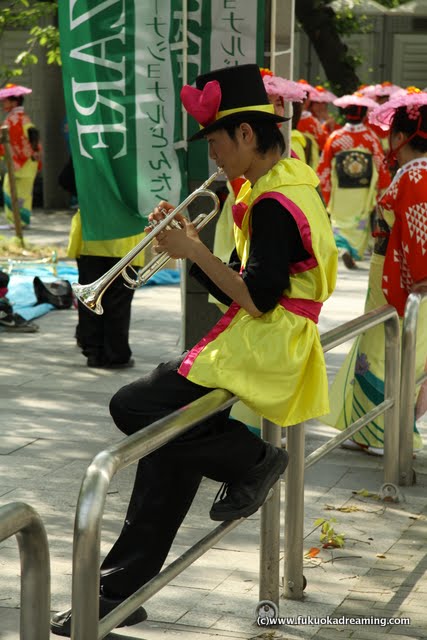 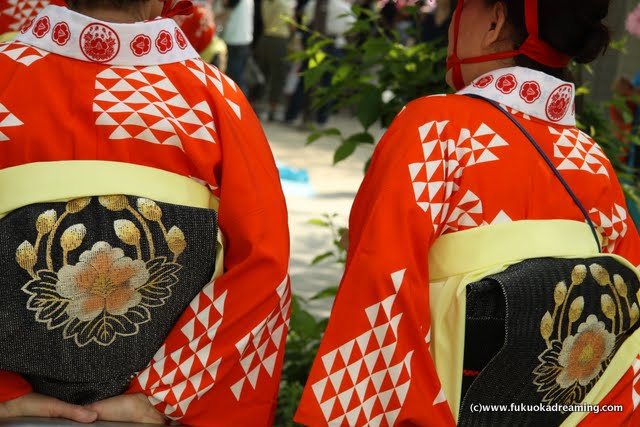 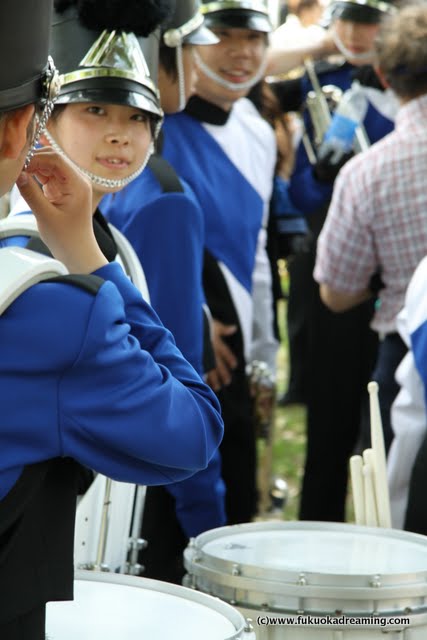 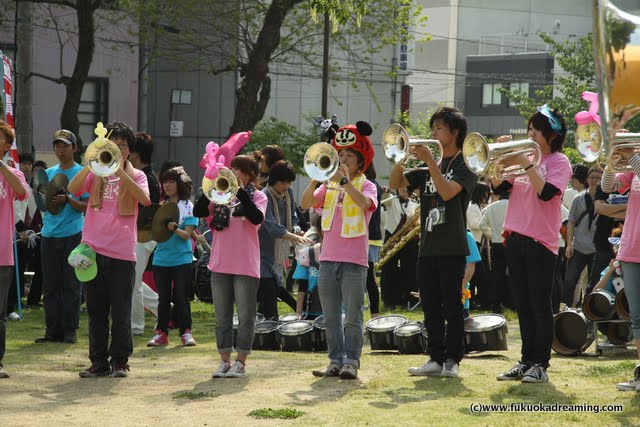 This group spent little for costumes but was arguably the most skilled.  Other bands actually stopped practicing and just stared when these guys performed. 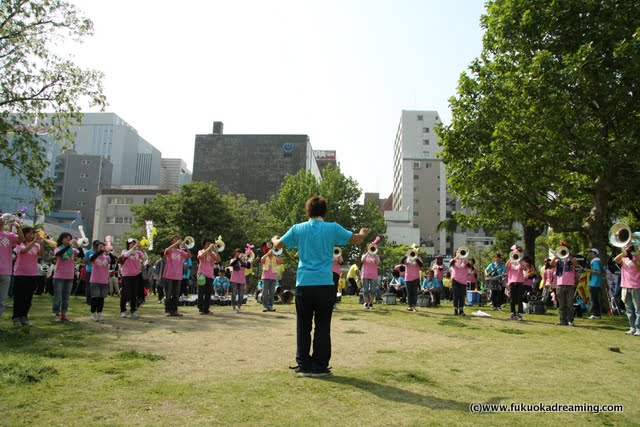 They had a drumline behind and some flag twirlers further behind. 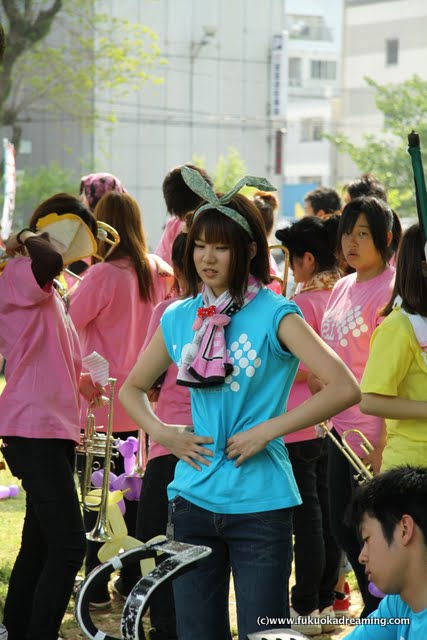 Butterflies in the stomach before the big show. 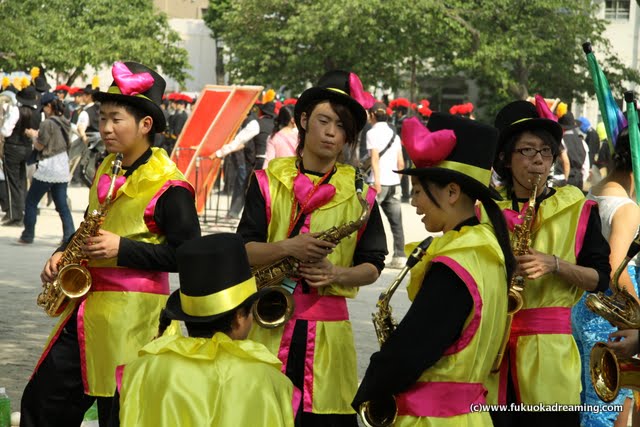 Sgt. Pepper not so lonely anymore. 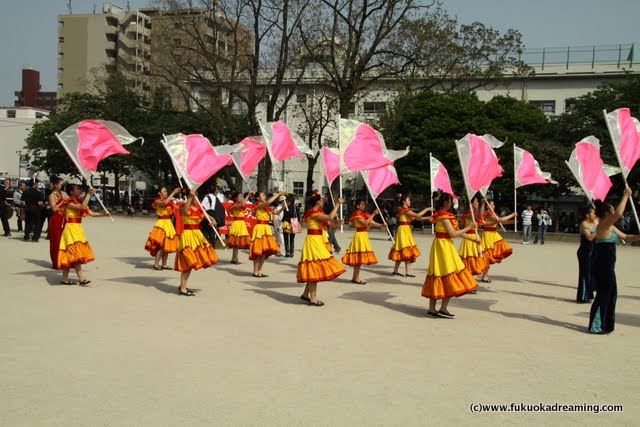 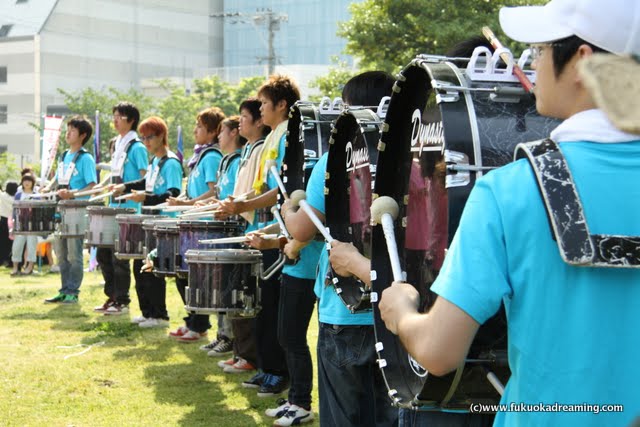 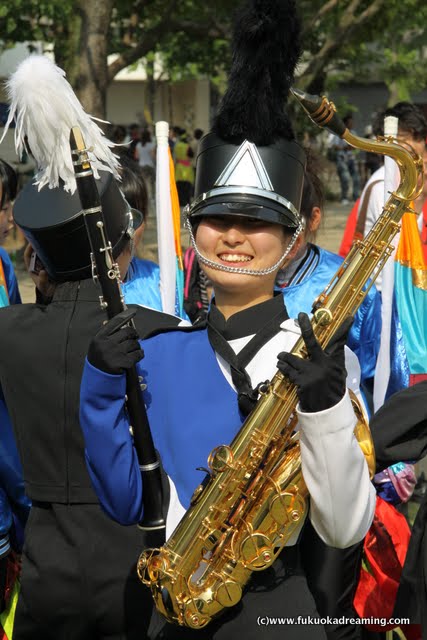 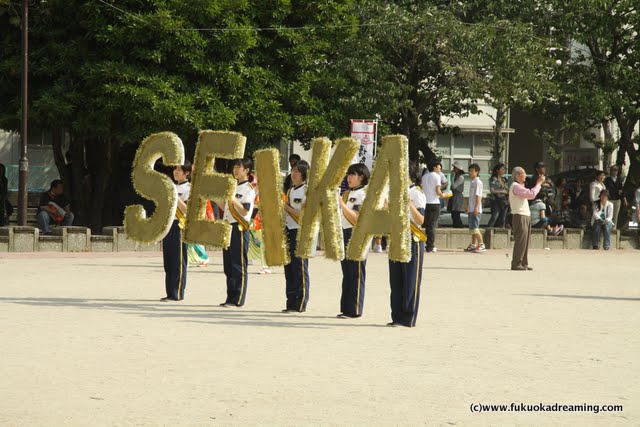 I think they are from Seika. 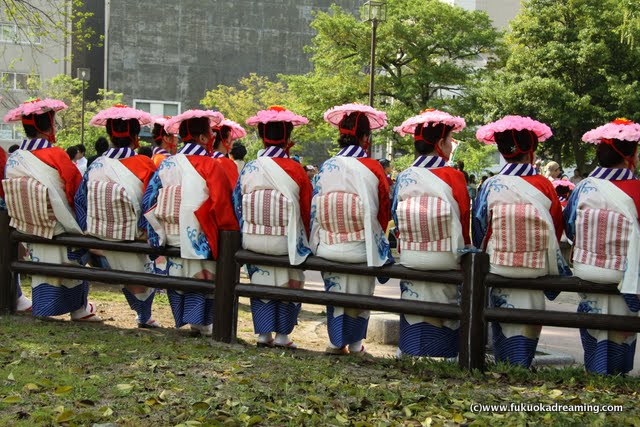 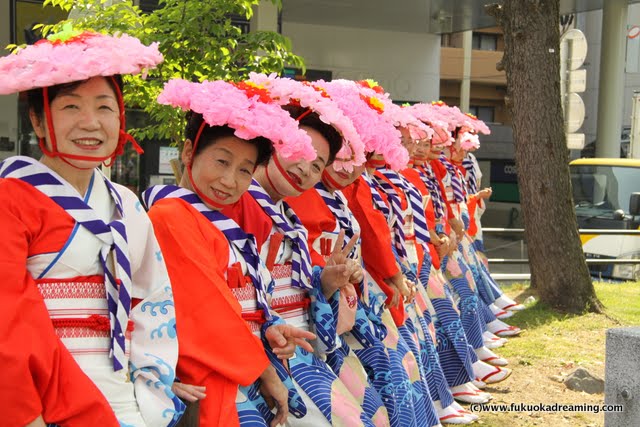 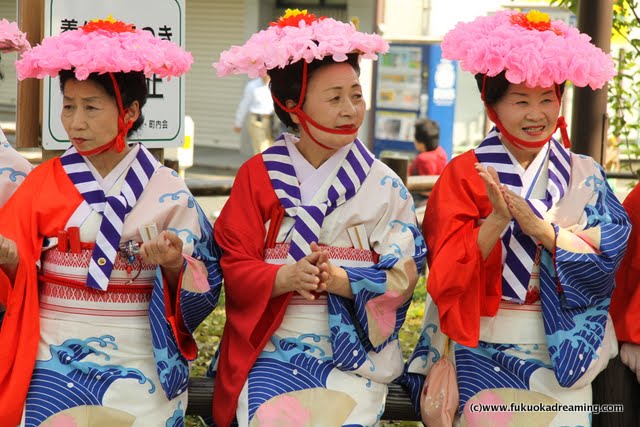 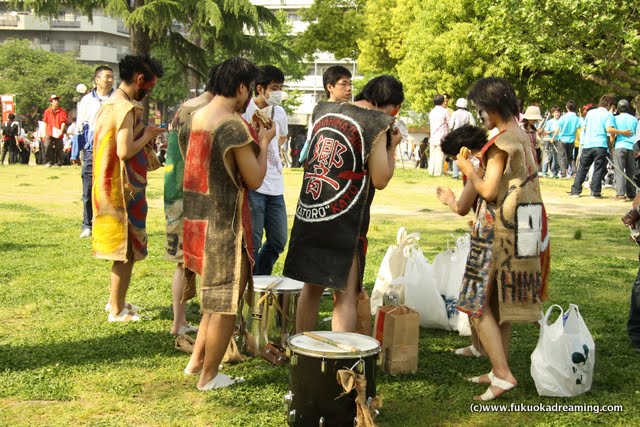 Not everyone had a budget for costumes 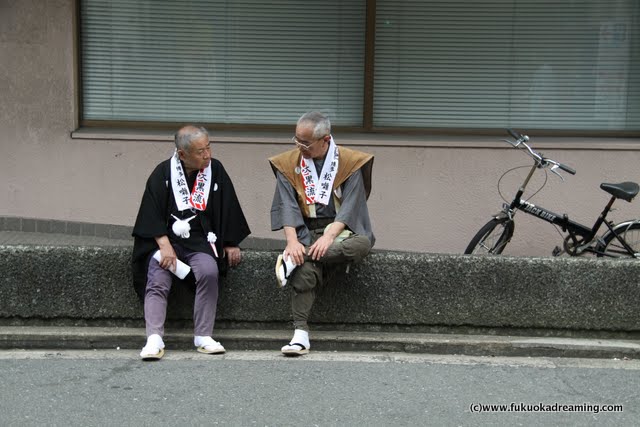 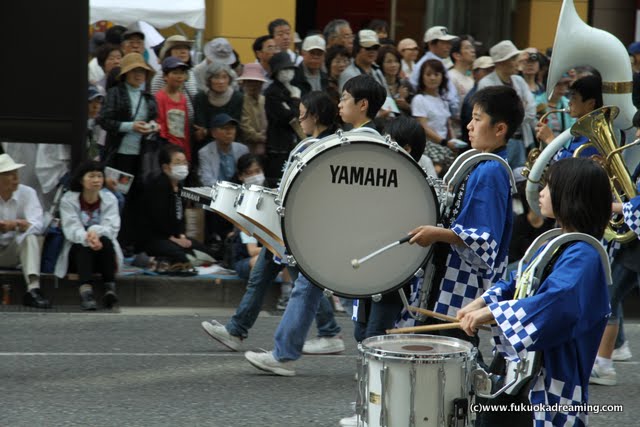 And they charge to the parade. 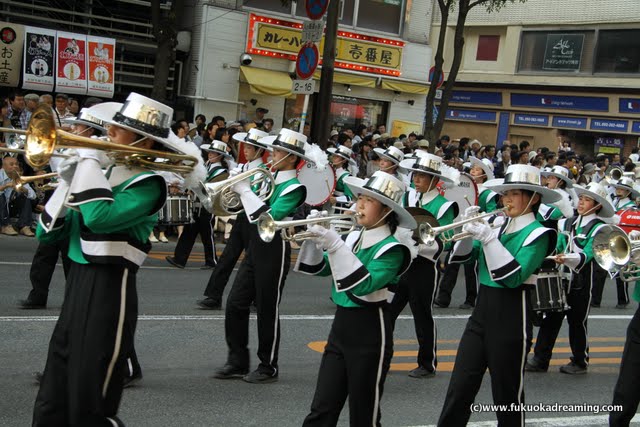 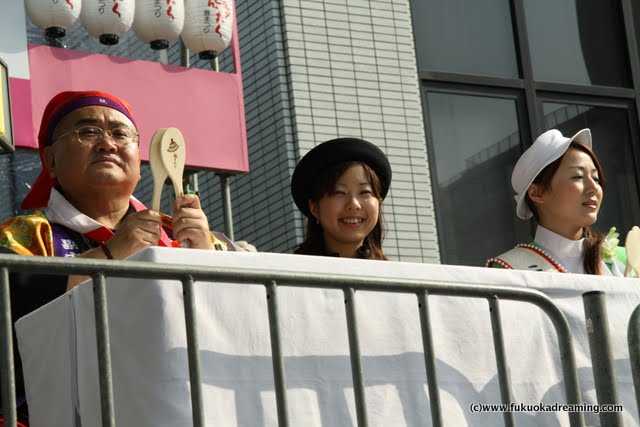 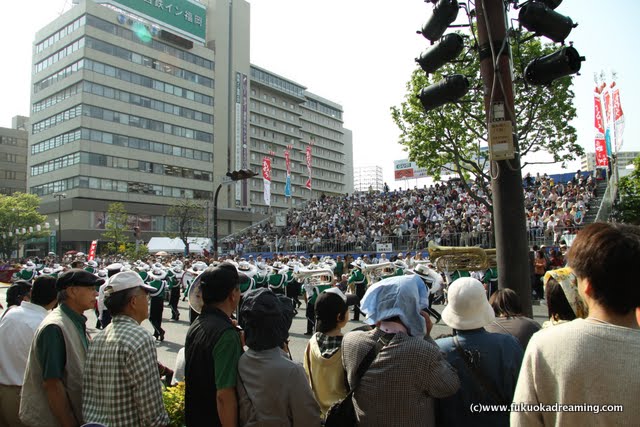 The crowd near Nishitetsu Inn towards Across, Fukuoka.