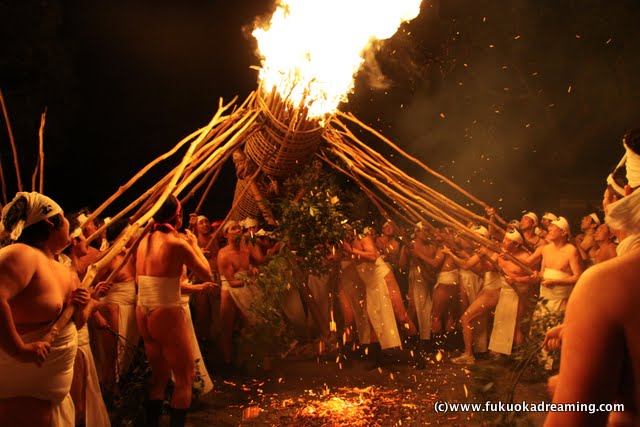 I was supposed to head out to Kurume, Fukuoka Prefecture with a couple of friends to see the Oniyo Fire Festival, but most of them backed out due to the really low temperature that winter night. Indeed, it was not weather suitable for going outdoors, especially at night. But I was not about to miss experiencing this tradition that has been going on for the past 1,900 years on January 7.

The Oniyo Fire Festival of Kurume City, Fukuoka Prefecture, one of the biggest in Japan, is held on the last day of the Shinto Oni-e, where men (and sometimes children), divided into the 6 neighboring towns, carry torches and run around the Daizenji-Tenmangu Shrine to exorcise evil spririts from the town. This is also an event where participants pray for good harvest, and safety to their family. 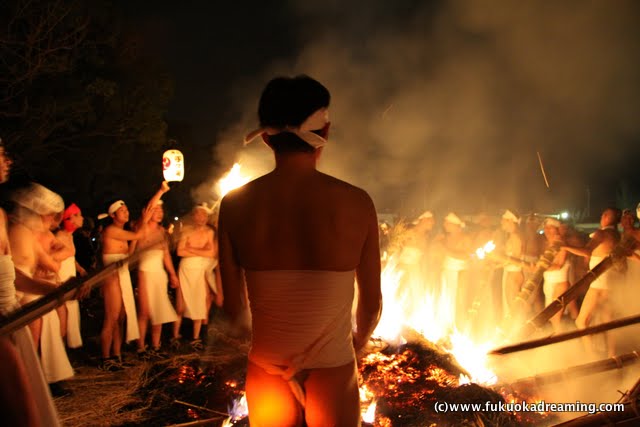 Before the ritual, the men dressed only in shimekomi (white loincloth) gather in 6 campfires to keep warm. Of course, some alcohol inside their stomachs also helped. The lanterns, which hosts the sacred fire must always be raised. 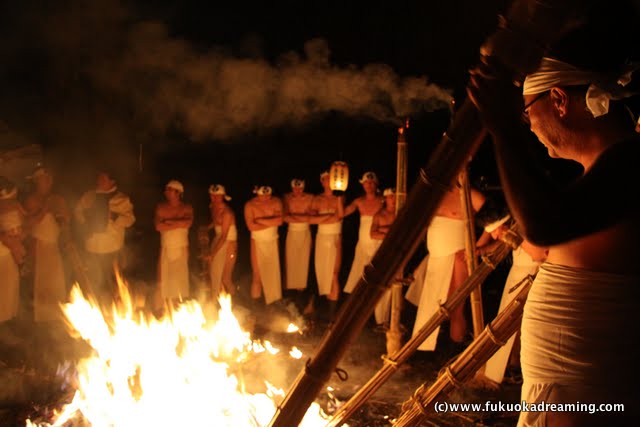 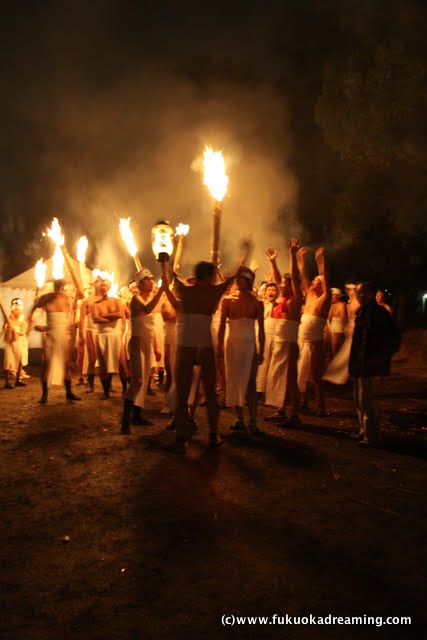 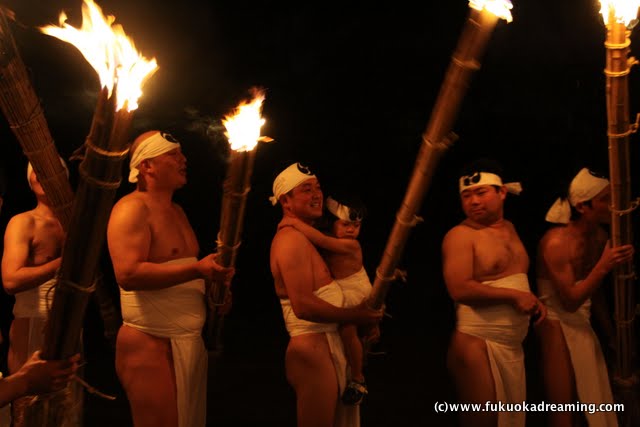 Never too young to play with fire. 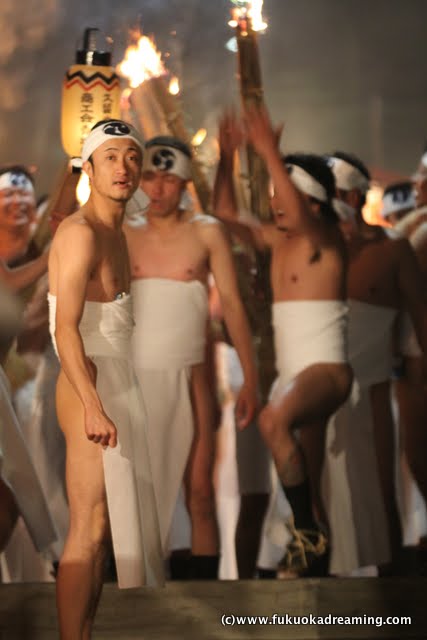 A group prepared to enter the shrine premises. 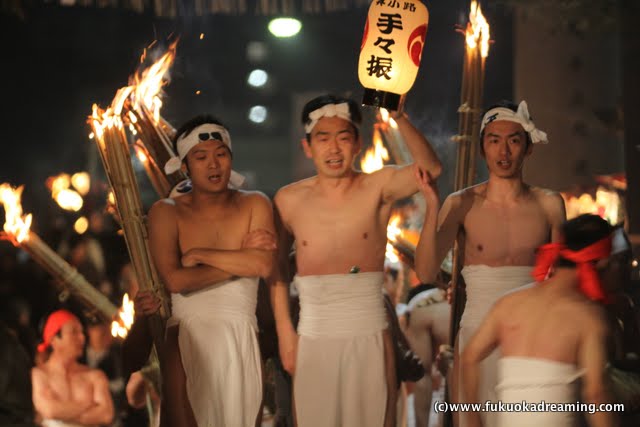 The lantern must always be raised, even if a helping hand is needed. 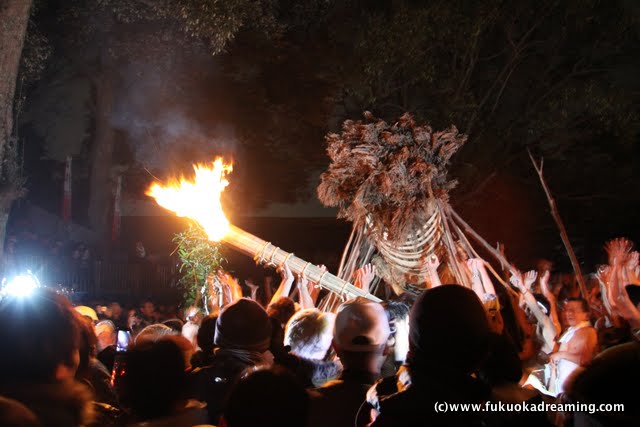 At 9:00 p.m., the participants  gather in front of the belfry of the shrine yard, where 6 giant torches called O-taimatsu (大松明) 15 meters in length and 1 meter in diameter are positioned. When the shrine bells ring, the O-taimatsu are lit with the sacred fire and the men chant “鉾とった、面とった、そら脱いだ” (Take away a demon’s pike, mask, and clothes). 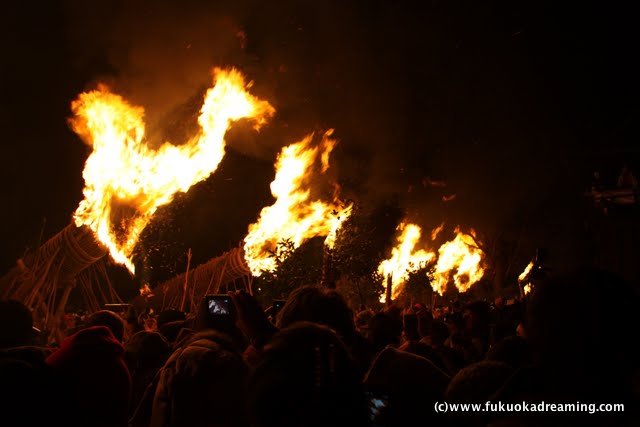 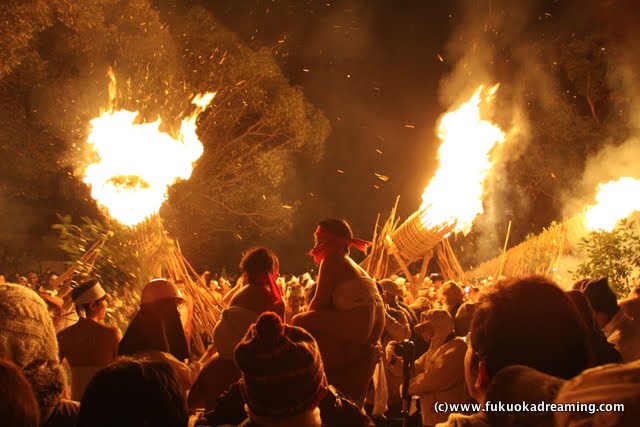 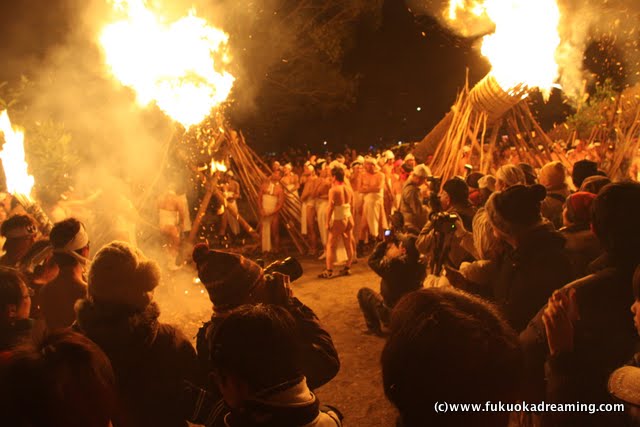 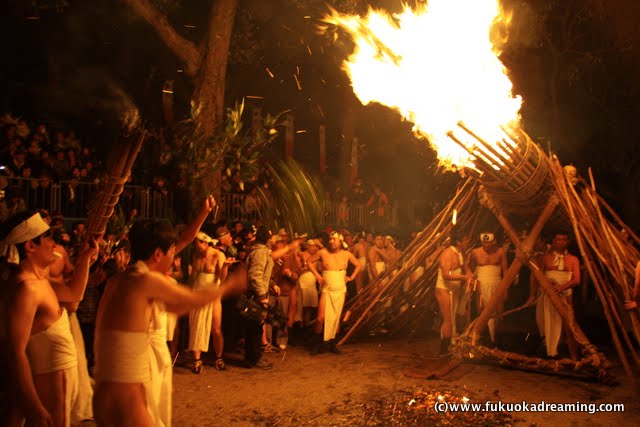 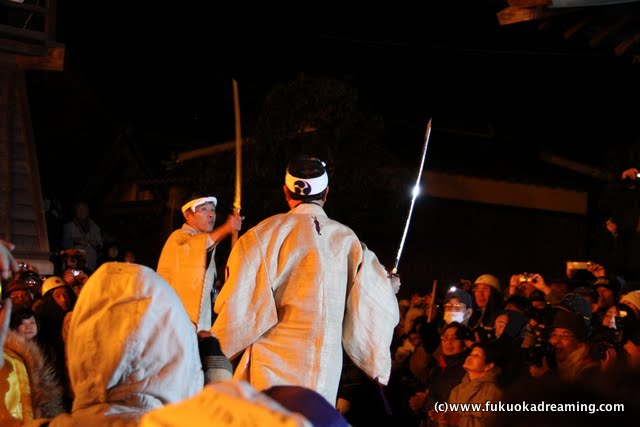 Soon after, a reenactment of a demon losing his pike masked and clothes as demonstrated. 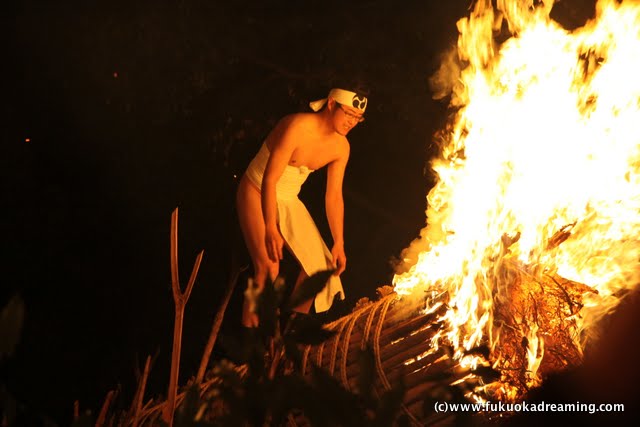 Torch maintenance.  Loose ropes are removed and given to  participants. 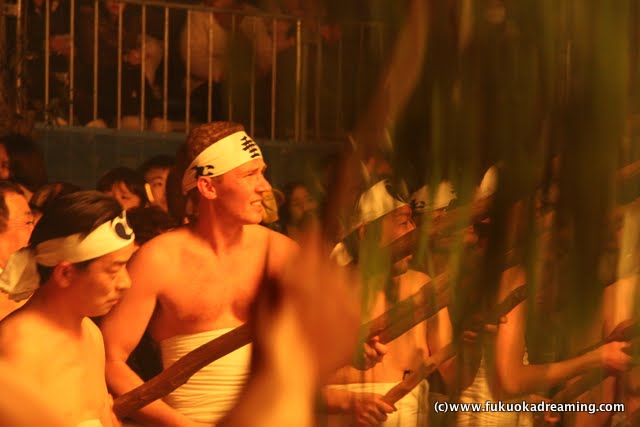 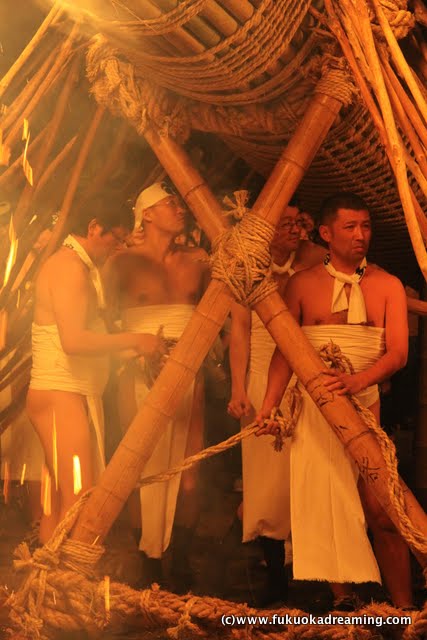 People under the torch. 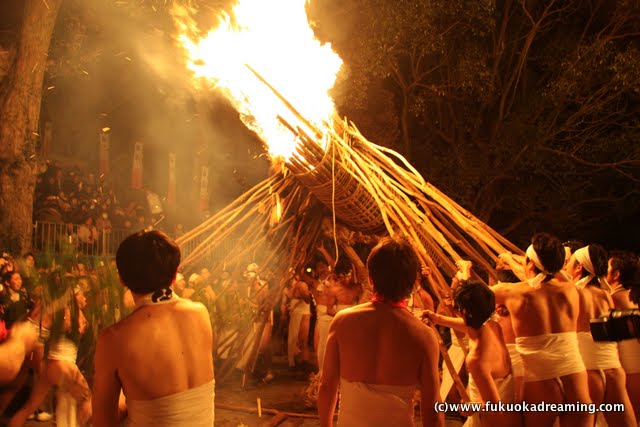 Then, the 6 torches are carried around the temple using 3 meter wooden poles. In doing so, they pass by the Arai river, whose waters are believed to be sacred. Japanese drums are played throughout the festival, adding to the intensity of the event. 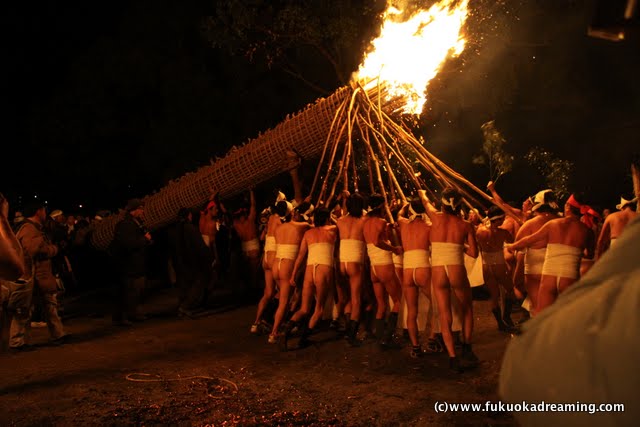 I wondered how they can wear such skimpy attire in such cold weather but as soon as the O-taimatsu were lit, an intense warmth enveloped the shrine as debris from the O-taimatsu flew into the air (my jacket being a casualty). The people who have gathered near the torches, by now very crowded, moved back as the heat threatened their faces. As soon as people were accustomed to the heat, they move closer to the torches. Pieces of rope from the torches that were removed by fire are given to spectators to bring home, perhaps for good luck. I hope the intensity of the ritual shows in the photos, but again, it is one of those things where you just had to be there to know the feeling.

The Oniyo Fire Festival is designated as a National Intangible Folk Cultural Treasure.

How to get there:
Take the Nishitetsu train in Tenjin, Fukuoka City, and get off at Daizenji Station (around 30 mins). From there follow the crowd to the temple. (5 min. walk.)

For a more detailed description of the festival, click here.

5 Comments on “One Hot Winter Night: The Oniyo Fire Festival”